How Does a Running Machine Compare to Actual Running?

How Does a Running Machine Compare to Actual Running?

The debate between actual running and machine running has been there since the invention of treadmills and the likes. Actual runners claim they can’t stand the idea of running without having to interact with nature while machine runners tend to source their strength and motivation from controlling the machines. Either way, both tend to bring about the same results. However, you can’t fail but notice the numerous inclusions that are being made on treadmills and other running machines. Those inclusions tend to boost their effectiveness and efficiency a great deal. With their popularity rising every single day, it is right to say that more people will turn to running machines shortly.

You are not affected by weather conditions
Those people who love running tend to have a strict schedule. Whether you are running outside or on a treadmill, there is a reason why you have decided to allocate your running routine a specific time. This might be due to your work schedule or just because it is the time when you feel comfortable motivated. The best part of using a running machine is that you will never miss your run due to harsh weather conditions. You are guaranteed to run at that particular time, whether it is raining or not. This makes running machines very convenient.

Running machines come with programmed running exercises
There are advanced running machines such as PremierFit T100 that allow you to set your very own running course. This will enable you to have an easy running exercise that is up to your abilities. They also come with manual programming modes and so you can switch to any difficulty level whenever you feel like. Such features are designed to give you the running momentum that you require to remain physically fit. This makes the running machines better than actual running, which tend to keep you at a steady speed. Not unless you have the inner drive to increase your speed, you will always maintain the same pace.

You are always in charge of your running exercise
Running outside tends to come with several limitations that don’t make you completely in charge of the training. There are numerous possibilities of finding the road closed or getting a slippery path that requires you to slow down on demand. Such things don’t happen when using a treadmill. A running machine such as PrestigeSports XM-PROIII comes with various controls that put you in charge of the whole process. You get to stop when you want to and take a rest when you feel like. You don’t have to worry about something else, making you pause your training against your wish.

You get to avoid unnecessary injuries
According to statistics, about 65 to 85 percent of people tend to develop running injuries. This is quite a big number. Well, such injuries can be avoided by using a treadmill. All you need is a running machine like JLL T350 treadmill which comes with a soft and durable running belt. This means that even if you take a fall, there are minimal chances of getting any injuries, unlike running outside. This doesn’t mean that running outside is a bad idea, but there is a much better way that will minimize the number of scars on your tissue. You will also avoid problems such as joint dislocations.

You get to avoid too much resistance
If you are the type of person who doesn’t like environmental resistance such as wind, then you will have a pretty good time on the treadmill. This is because you get to pick an ideal spot to position your treadmill. Once it is strategically placed, you will end up with a smooth run that is undistracted and with less resistance. It is thus a piece of exquisite machinery to use if at all, you are not into so much resistance that is experienced outdoors. A treadmill offers you a much better way to enjoy your run throughout.

So far, as much as actual runners criticize treadmills, it is much easier to have enjoyed your run than when running outdoors. With technology being incorporated into the machines, there will reach a point when using a treadmill will be much fun just like running outdoors. Already, there are treadmills such as JLL S300 that come with speakers and aux port. This is so that you may enjoy great music while burning your calories. This makes the treadmill experience much better. As much as people claim that running actual running is the best way to get hardened and burn calories, it all narrows down to what you prefer and what you can handle.

After all, both methods require you to put in some amount of work. So long as you are well suited with one, you will end up gaining similar benefits, although in a different amount of time. According to the above information, treadmills are indeed becoming the centre of attraction thanks to their numerous capabilities and benefits. The number of people using them is rising, and shortly, only a handful of people will be going for actual runs. 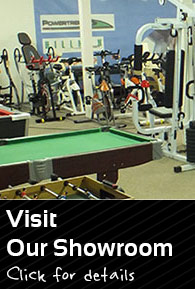